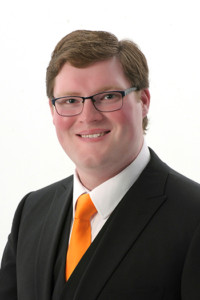 Mackenzie Thomason is 21 years old and grew up in Tracy, New Brunswick until Grade 5 when he with his family moved to Alberta. He moved back to New Brunswick in the summer of 2015 to attend the University of New Brunswick with intentions of becoming a teacher. After a year of school, he decided it was important for him to step away from school and go into the labour market and enthusiastically stayed in the Fredericton area. He is currently working at UPS and as more and more people do, to make ends meet has a second job delivering newspapers. He is eager to face this new task with enthusiasm and brings a refreshing face to the party.

Mackenzie first became involved in politics during the June 2015 Alberta Provincial Election where the Alberta NDP won a Majority government. He then volunteered with the Federal NDP in Fredericton during the October 2015 Election. He is very excited to be a Member of the NDP at this time in New Brunswick Politics. He looks forward to meeting New Brunswickers and showing young people that they can get involved too.

Mackenzie believes very strongly in working hard to ensure that the party has a consistent message delivered by a consistent voice. As Interim Leader, Mackenzie is going to work on maintaining a cohesive party during this race. He is very thankful to the membership who attended the March, 24th meeting in Miramichi, NB and will work to do the best job possible and to keep the party moving forward over the next few months.

NDP team is complete and 51% of candidates are women